A report released by Chainalysis, a digital analytics firm, revealed that Africa received $105.6 billion worth of cryptocurrency between July 2020 and June 2021.

The report stated, “Africa has the smallest cryptocurrency economy of any region we study, having received $105.6 billion worth of cryptocurrency between July 2020 and June 2021, but despite that, it’s also one of the most dynamic and exciting.”

The report further explains that Africa’s cryptocurrency market has grown by over 1,200% in the year in question with one of the highest adoption rates in the world from the following countries; Kenya, Nigeria, South Africa, and Tanzania. These countries also rank in the top 20 of the Global Crypto Adoption Index which is also curated by Chainalysis.

The report stated, “In addition to being the third-fastest growing cryptocurrency economy, Africa also has a bigger share of its overall transaction volume made up of retail-sized transfers than any other region at just over 7%, versus the global average of 5.5%.”

Data also reveals that Africa has the biggest share of transaction volume made up of large retail and small retail-sized payments than other regions. The report states, “These numbers are a big part of why so many African countries rank high on our adoption index, as smaller transfer sizes suggest higher grassroots adoption amongst everyday users.”

Peer-to-Peer (P2P) transactions and platforms were analyzed critically in the report because this medium of exchange is widely used in Africa majorly because of regulations in countries such as Nigeria and Kenya which have made it difficult for customers to send money to cryptocurrency businesses from their bank accounts. These customers now switch to P2P transactions as a way to bypass the laws as are non-custodial and let customers trade cash for cryptocurrency amongst themselves.

The report reveals that Africa has been the continued growth of P2P cryptocurrency exchanges over the last year. It uses statistics from LocalBitcoins and Paxful, two of the world’s biggest P2P platforms by transaction volume. The report shows that Nigeria has been leading the charge as it takes a lion share of the transaction volume. Year-to-Date (YtD), data from Useful Tulips revealed that Nigeria’s P2P trading volume is over $300 million on these two platforms.

It stated, “no region uses P2P platforms at a higher rate than African cryptocurrency users, as they account for 1.2% of all African transaction volume and 2.6% of all volume for Bitcoin specifically.”

In the report, Adedeji Owonibi, CEO and founder of a Nigerian blockchain consultancy company Convexity, commented on how Nigeria’s cryptocurrency economy has changed since the country’s central bank disallowed banks from facilitating cryptocurrency transactions.

He stated, “Binance used to be the most popular platform by far, but after the central bank’s sanction, many are moving to P2P platforms, like Paxful and Remitano. Informal P2P trading is huge in Nigeria on WhatsApp and Telegram. I’ve seen young people and businessmen in these groups carry out transactions for several millions with popular OTC merchants.”

Artur Schaback, the COO and co-founder of Paxful, in the report stated that he sees similar trends, as his platform has seen 57% growth in Nigeria over the last year and 300% growth in Kenya. He stated, “In many of these frontier markets, people can’t send money from their bank accounts to a centralized exchange, so they rely on P2P. Crypto products are getting more user friendly, so they can onboard more people into the crypto economy and help them see that crypto is faster, cheaper, and more convenient.”

The report states that many Africans rely on cryptocurrencies for international commercial transactions. This was confirmed by Artur Schaback who stated, “If you’re working with a partner in China to import goods to sell in Nigeria or Kenya, it can be hard to send enough fiat currency to China to complete your purchases. It’s often easier to just buy Bitcoin locally on a P2P exchange and then send it to your partner.”

Nigeria is planning to pilot its central bank digital currency, the eNaira, starting on Nigeria’s Independence Day, October 1st. Owonibi had this to say about the launch of the CBDC, “Last week in a Clubhouse room of Nigerian crypto users, I asked the group if they would use the e-naira when the central bank rolls it out.

The overwhelming majority of attendees said no because they expect it to have the same instability and management issues the naira has today. The only reason to use the e-naira over cryptocurrency would be to trust in the government, and that trust has been eroded for many.” [Nairametrics]

We’ll give Jonathan chance to contest in 2023  -APC 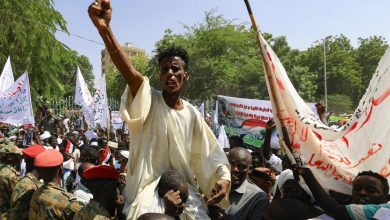 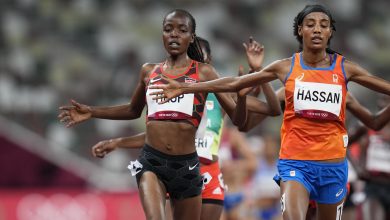 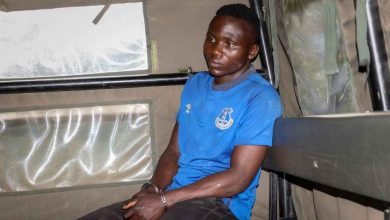