I read a piece by Bala Ibrahim, a senior colleague in the pen profession and former staff of the Hausa Service of the BBC, which appears in an online news medium and other social media platforms.

The piece, titled: “Ganduje: Gradually going gaga?” looks like an attempte to twaddle a case of an investigation by the Kano state Public Complaints and Anti-corruption Commission (PCACC) as well as some cases that are said to be before competent courts of law involving Governor Abdullahi Umar Ganduje of Kano state and some individuals.

Having been practicing in the media for over 20 years now, I was expecting stuff like that by an author of Bala Ibrahim’s standing and one of the senior journalists I hold in high esteem, to be an unprejudiced analysis.

But his penchant is laid bare as the tenor of his message appears to have revealed that he was on a tirade mission to supposedly prosecute Governor Abdullahi Umar Ganduje in his own court of public opinion, which I suspect to the satisfaction of some individuals or groups hostile to the administration in Kano state.

Astounded by the writer’s choice of words and judgmental cogitations, I was at loss as to what really might have influenced a professional of such a standing to be used to murder the truth and reality.

Firstly, the author, it appears, attempted to give credit to the alleged hunt for the publisher of an online news medium, Daily Nigerian, Ja’afar Ja’afar, who he claimed, has fled his house and gone into hiding.

I do not understand how true this is. It is now more than two years since the publication of the video clips and I do not think anybody has ever harassed him. I visit Kano more often and I know that Ja’afar has been moving around freely in the city without any molestation.

To me, for Ganduje to have pursue legal  process in resolving the matter indicates that he is a responsible leader who believes in the rule of law. And I understand that it is what he has been doing patiently to challenge the improbable posting of the video in a court of law. Therefore, it is up to the publisher of Daily Nigerian to prove his case.

I believe that if Bala Ibrahim has been sincere with himself, the government of Kano state under Ganduje has, to the best of my knowledge, no history of gagging the media, and I have not come across any form of harassment of any working journalist in Kano or any part of the country since he came to power.

I have been an ardent reader of Bala Ibrahim’s write ups but of recent, I become disappointed in the manner in which he appears to have been influenced by some elements.

As media consultant to a former Inspector General of Police (IGP), I have come across two cases of harassment of journalists by the police authority right under his nose.

As a senior professional colleague, we have not seen what he wrote or did with one of such cases involving a Premium Times reporter, Samuel Ogundipe who was detained by the police.

The reporter was reportedly pressed to reveal a source for a story he wrote, secretly arraigned before a Chief Magistrate Court in Kubwa, Abuja.

He was accused of criminal trespass and illegal possession of document on a report of police investigation of the blockade of the National Assembly by the State Security Service (SSS), allegedly at the behest of the then IGP, Ibrahim Idris, contrary to the claim of the police.

There was also the case of the journalist who works with Voice of Liberty, Aminu Nurudeen, who recorded and shared the video of the IGP stumbling during a speech, who had to go into hiding, after he had reportedly been invited by the police when it went viral.

In the video, the IGP was struggling to get through his speech, repeating the words “transmission” and “I mean” and apologising for it.

In fairness to these journalists, I expected that Bala Ibrahim lived up to his professional callings by been objective to fault his boss in the media so that now he can have the gut to challenge the governor of Kano state whom he is condemning for harassment of another journalist.

As for the case of Barrister Sa’ida Bugaje, which is also before a court of law, I understand it stemmed from a complaint by the governor over a video clip that has become viral, in which the lawyer is said to be maligning him and his family on alleged mismanagement of COVID-19 funds.

And going by the court order that issued a warrant for her arrest, I do not think that can be viewed as harassment. The best thing as a legal practitioner is for her to respect the court order and make herself available so as to defend her claim in the video clip.

My senior colleague also made what I see as a failed attempt to entwine the investigation of the Kano Emirate Council, involving the sale of 22 hectares of land to the tune of over one billion naira in Kano.

The PCACC is said to be investigating the council and by extention the Emir, alongside some of his senior aides for allegedly diverting parts of the money to personal use. And as I see it,  there is nothing new in it because the dethroned Emir Muhammad Sanusi II has also been under investigation by the commission.

The Emir’s guiltlessness can only be established after the investigation is completed and the case prisecuted in a court of law.

From what I have understand regarding the operation of the commission, it is an independent agency that champions the fight against corruption without any interference by the state government or the governor, given the influential people it investigated.

In his many years of practice, I believe when he worked with the BBC, Bala Ibrahim had not taken any story he cannot handle.

I picked personal interest in the video case right from the beginning and I have read a lot about it, including responses put up by the government.

I strongly believe that the issue of the video must be trashed  to its logical conclusion either through necessary legal proceedings which from all indications Governor Ganduje is following or any other way which the publisher of the clip felt can be brought to an end.

This is my opinion.

Adam is an Abuja-based freelance journalist.

It is about Honor 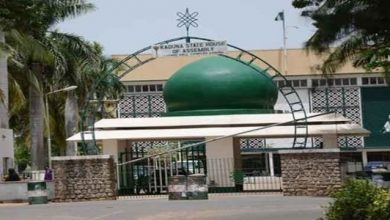 Why The Kaduna Fiscal Responsibility Law (2016) Should Be Amended 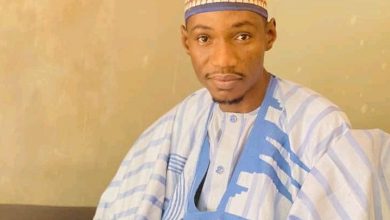 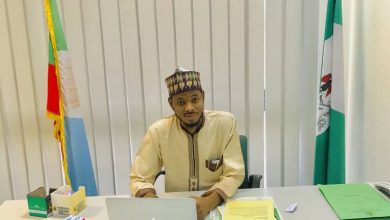 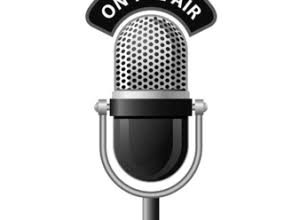