To be the best and a leading light in the media industry with the broadest reach by ensuring timely and unique developmental content through innovation backed by excellent service delivery, highly motivated human capital and the latest technology.

Meet Our Editorial Board

Halilu Baba Dantiye, mni is the Chairman, Editorial Board of Daily News 24.

He bagged the appointment in recognition of his outstanding reputation and contribution to the media industry.

Baba Halilu Dantiye, mni is the former president of the Nigerian Guild of Editors (NGE).

With more than four decades in the media industry, Dantiye has practised journalism on several beats including as a crime and judiciary correspondent.

He rose to become editor of Kano-based Triumph Newspapers.

He was elected General Secretary in 2001 and later served two terms as President, from 2003 to 2008. It was during his tenure that the All Nigeria Editors’ Conference, ANEC, was first held. The forum was later included in the Guild’s Constitution as a mandatory annual event.

He also served on the National Steering Committee of Vision 2020-20.

This astute media personality served as spokesman to two governors in Kano State with distinction; first as Director of Press to former Governor Rabiu Musa Kwankwaso and later as Director-General-Media, to the current Governor, Dr Abdullahi Ganduje.

He was later appointed as Permanent Secretary, before his retirement from the state’s civil service.

With over many publications and Op-Ed articles to his name, Sule is a household name on local and international radio stations and has featured prominently on many Television talk-shows on issues of politics, governance and ethics. He is fluent in English, Hausa, Arabic, and pidgin English.

Having earned his first degree in Mass Communications from Bayero University, Kano, Sule began his journalism career as a Sub-Editor with the Triumph Newspapers, Kano, in1990, rising to the position of Deputy Editor and Editorial Board Member.

Sule is on record as the longest-serving and most productive Director of Press in Kano’s history, having served the military administrations of Brigadier-General Dominic Oneya and Colonel AminuIsah Kontagora (1996 – 1999) and the civilian administrations of Dr. Rabiu Musa Kwankwaso (May 1999 – July 1999), and Ibrahim Shekarau (2003 – 2011), setting off an epic journey in strategic perception management spanning over seventeen (17) years. In July 1999, he joined the then Bank of the North as Public Relations Officer, a position he held until May, 2003.

He was Deputy Director, Communication and Media Publicity, the ANPP Presidential Campaign Organization, Abuja, in 2011 and headed the Media/Publicity Campaign for the ANPP Governorship Campaigns in Kano in 2003 and 2007. Sule was a member of the troika that organized the nationally-televised 2011 Presidential Debate in partnership with NN24.

Sule has also served as Director/Head of Publicity and Protocol, Office of the Federal Minister of Education, Abuja, from July, 2014 to May, 2015.

A team player, nationally networked, astute administrator, and conscientious organizer, Sule enjoys the trust and confidence of professional colleagues and associates. He was appointed Chairman of the Local Organizing Committee (LOC) for the AGM/National Election Convention of the Nigerian Institute of Public Relations (NIPR), Kano, in 2011 and held the same position for the Nigerian Guild of Editors in 2021.

An all-around communication scholar and doyen of public relations practice, SuleYa’uSule obtained a Master’s Degree in Mass Communication and later a doctorate in Strategic Communication from BUK; he is currently a Senior Lecturer in the Communications Department of his illustrious alma mater.

Idris Mohammed is a member of the editorial board.

Idris was appointed based on his contribution to the journalism and communication sector.

Mr Mohammed is a lecturer at the Department of Mass Communication, Usmanu Danfodio University Sokoto and an investigative journalist on violent extremism and terrorism.

His area of research covers terrorism, security and governance.

He has over 5 years of experience in promoting democratic governance, countering violent extremism, peace-building and dialogue, human rights and justice in Nigeria.

He led projects on security and governance with the Center for Democracy and Development (CDD West Africa) and served as a program officer for Elections and Governance with YIAGA Africa.

He is currently a Peace facilitator and data enumerator with the United State Institute of Peace (USIP).

Idris has participated and still is, in several types of research and studies on addressing conflict through non-kinetic approaches and democratic governance in Nigeria.

Khadija Ishaq Bawas, is a member of Daily News 24 Editorial Board.

Bawas is a Development Journalist with special interest in Reporting Women, Children, Life and New Invention.

She is an advocate of Women’s Reproductive health and Rights.

Ms Bawas is the board director of Azmeerah Production Limited and CEO of KAMED Development TV.

Her Journalism journey began at the NTA Television College Jos, were she studied Television production.. After Serving with the Nigerian Television Authority, she engaged with Liberty TV and rose from an intern to a Reporter, Presenter, Producer to Head of Programmes in Kano.

Khadija Bawas represented Nigeria among 16 African countries by Taz Panter Foundation for a Workshop (Connecting in Times of Pandemic) in Berlin Germany, after Producing/Publishing 3 African Stories for Taz Magazine.

A Change Ambassador for Peace and Humanity, and Fellow, African Science Literacy Network,

Salihu Tanko Yakasai is a member of the Daily News 24 Editorial Board.

Tanko is a former Special Adviser Media to the Governor of Kano State, and former Director General, Media & Communications at Government House Kano.

He is the Founding Curator of Global Shapers Community of the World Economic Forum Kano Hub.

Salihu Tanko Yakasai is a journalist by profession, a media marketing consultant.

He was also a freelance reporter for CNN.

A Harvard and LSE Alumni (Executive Courses) and a grassroots politician with over two decades of active participation.

Tanko is also a Champion of the European Union Spotlight Initiative in Nigeria working on Girl Child and Gender-Based Violence, and a member of the Board of Trustees of We2GeDa. 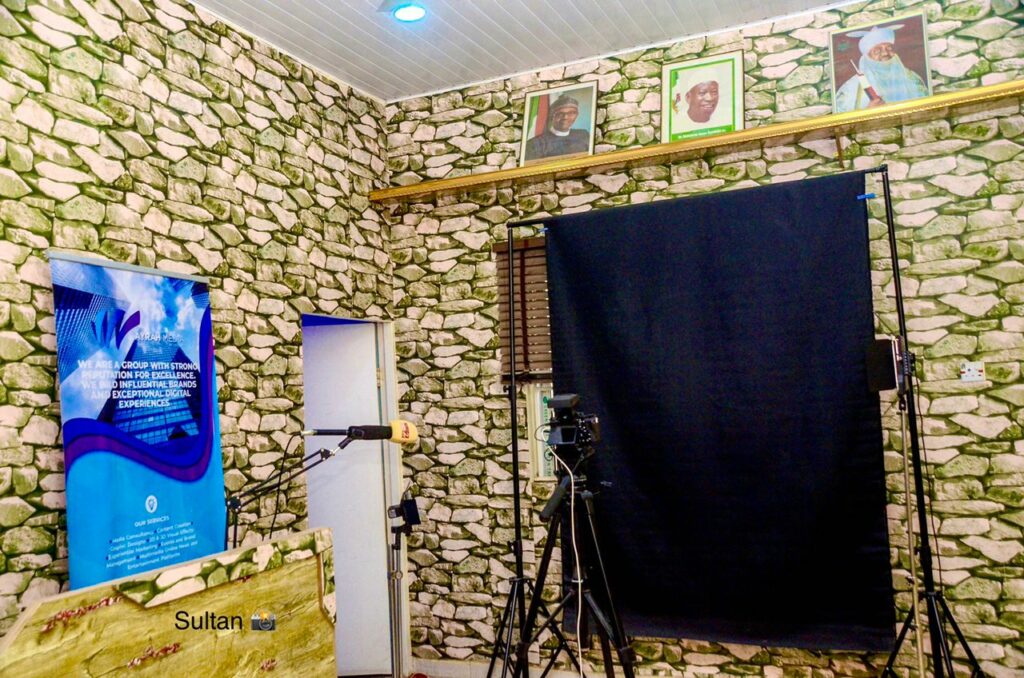 Troops of One Mechanized Division of the Nigerian Army...

Troops of One Mechanized Division of the Nigerian Army...